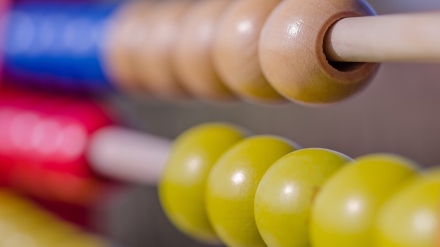 This week I reviewed a presentation with my mentor students on the dangers of social media. This presentation builds upon the ideas espoused by Dr Cal Newport of Georgetown University. In his blog, Study Hacks, Dr Newport writes about “how to perform productive, valuable and meaningful work in an increasingly distracted digital age”. His book, Deep Work, refers to studying for focussed chunks of time without distractions such as email and social media.

It’s not hard to find articles in the press berating the digital age and its negative influence on learning. Here in Sweden the debate has recently turned to legislating a ban on mobile phones in the classroom. In my opinion it’s not the technology that’s the problem, its how we use it. Attempting to ban it is as futile as King Canute telling the sea to go back. Worse still, by stigmatising students’ use of tech in education, we are in danger of throwing the baby out with the bathwater.

Change is an inevitable consequence of progress and technology has always been part of learning. The introduction of chalk and slate most probably was met with derision from a section of society concerned at the effect this would have on listening skills and the ability to process information. Imagine the further outcry when a more permanent repository of knowledge was introduced in the form of paper, pens and books. The introduction of the abacus must have driven ancient maths teachers to distraction. The advent of affordable calculators would have had others pulling out their hair. Whatever next, where will it end?

We should not whip ourselves up into a moral panic regarding the degenerate devices being used as dopamine drips for their users while lining the pockets of the technocrats peddling them. It is possible to embrace the positive applications of technology in education without being evangelical about it and blind to the potential pitfalls. Clear routines and classroom management skills can go a long way to limiting the negative effects technology can have on learners as well as teaching them something of the self discipline we wish them to practice outside the classroom.

Technology is not a silver bullet. We cannot claim that the use of technology in lessons is superior to other methods or that it will improve results – the evidence is not there.

In September 2015, The Organisation for Economic Co-operation and Development (OECD) published their report, Students, Computers and Learning : Making the Connections on the subject of technology in the classroom. The report notes the difficulties with implementing technology into learning but also highlights the benefits of technology in the areas of equality, digital literacy, teacher-student collaboration.

Tech can be viewed as disruptive. Allowing students to bring their own devices to classes can add to distraction and make the teacher’s job harder rather than easier. The pedagogy should never play second fiddle to technology.

Lessons can however benefit from the use of technology, whether it be board markers, Post-It notes, mini whiteboards, computers, and yes, even mobile phones. Technology can be used to help explain lesson content better, to evaluate student engagement and understanding, to aid differentiation in the classroom and to save teachers time.